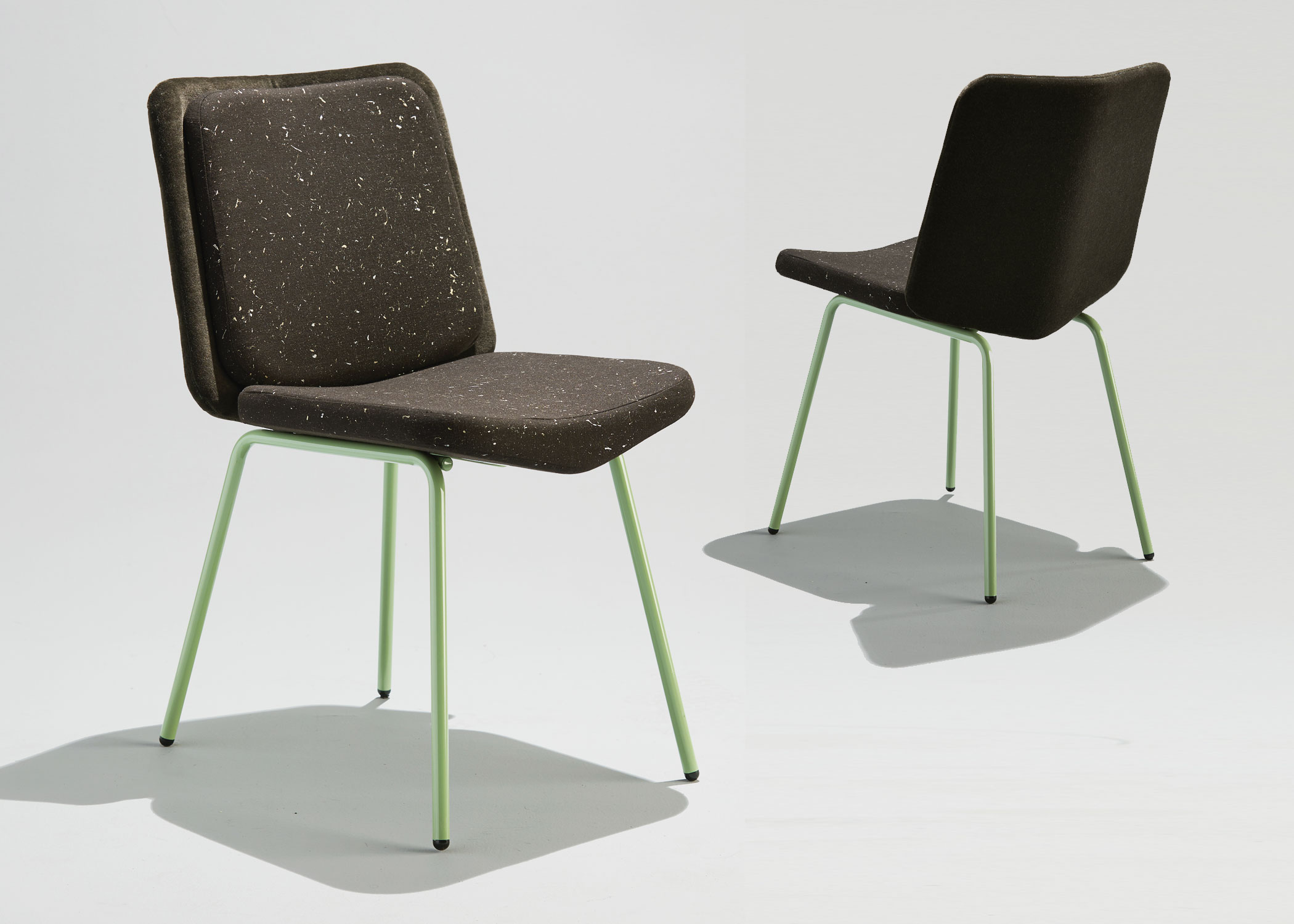 What happens when you give a designer free reign to specify a collection as they please? You may be thinking complete chaos, but rather, stories and concepts emerge shaped by personal experiences and nuance.

And that’s exactly what happened when we asked Interior Architects’ Manuel Navarro to imagine and sketch the Alfred chairs of his dreams.  In exchange for his creativity, we brought his favorite Alfred sketch to life. Scroll on to see the wildly imaginative Alfred chairs and the stories behind each design.

Manuel Navarro: To understand this spec, you first have to understand Marfa, Texas. I started going to Marfa in 2007 after reading about the Prada store. My now husband and I took a road trip, and I was very attracted to everything about Marfa: Donald Judd’s minimalism of the '60s, the land, the people.

The landscape in Marfa is so special because it’s so vast. The light bouncing off the gold colored grasses creates this special glow. And the people of Marfa are fascinating! There’s a great dichotomy between the residents. On one side, there are the super eccentric, creative people and on the other, there are the true Texas ranch community.

So, this spec is directly influenced by the people, landscape, and culture of Marfa.  I used a bright right powder coat for the base. That red has become known as “Marfa red.” The saddle brown has roots within the Southwest while  the “hair on hide” leather is very Texas. 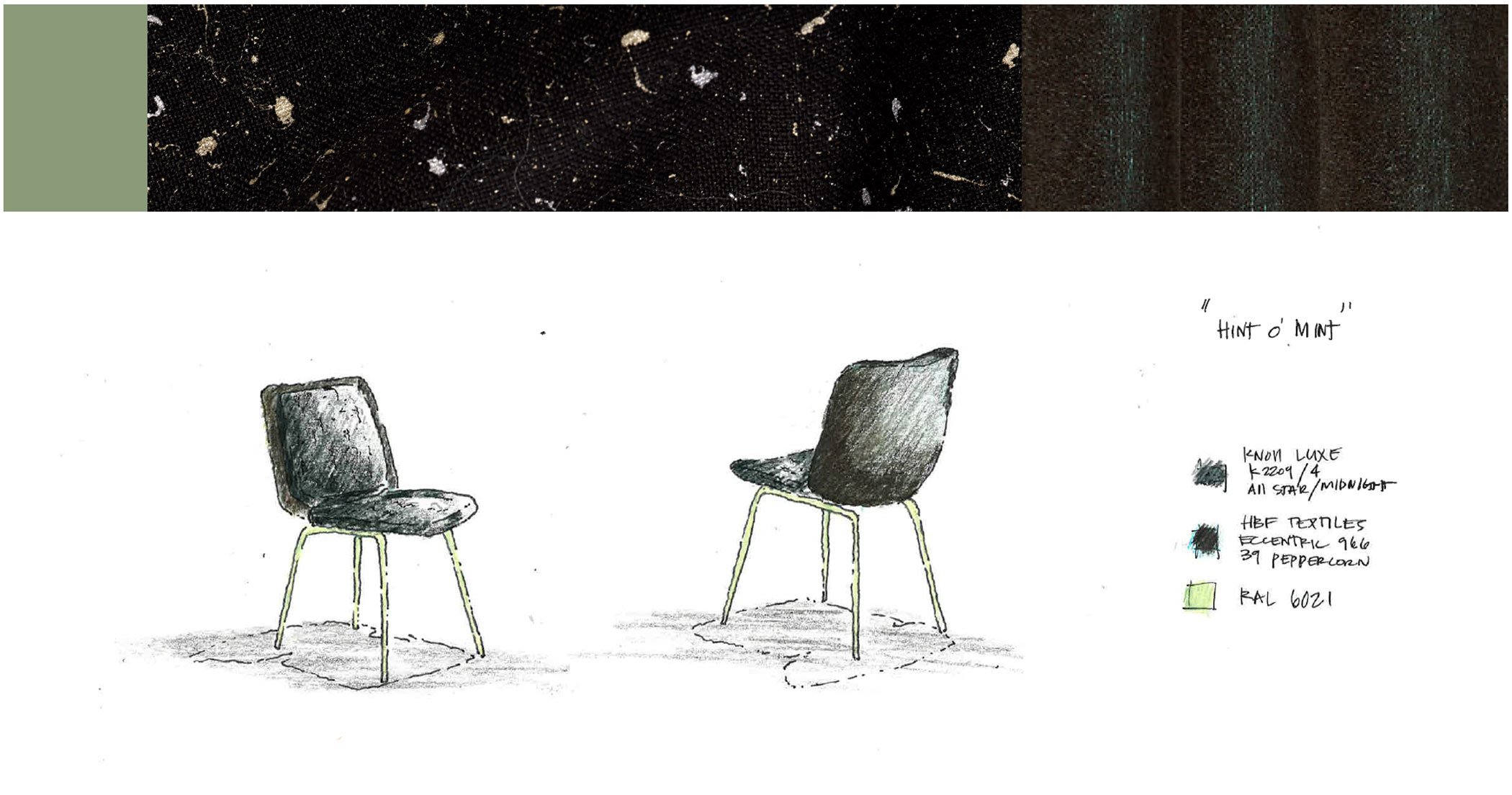 MN: The Hint of Mint concept was inspired by Girls Scout cookies. I love how the chocolate brown on the outer back panel revealed itself--similar to a Jackson Pollock painting. On the base I went for a mint color reminiscent of the Thin Mint cookies. I imagine this chair would be used in a tea shop, where french pastries are served. It has the feminine sensibility but still with a modern pop. Kind of like a sassy Girl Scout.

MN: This one is also inspired by Marfa, but at night. At night, it gets so dark there you can see the Milky Way. It’s clear, dark as can be, and vast.  Again, the hair on hair Hyde is a little taste of Texas.

Concept #4: When Life Gives You Lemons

MN: I wanted this look to be a little shocking. Out of all the sketches, this is more of an editorial perspective that makes a statement. It’s hard to miss that shocking yellow.

MN: This was a fun one. I chose a subtle red for the leg to represent a subtle red lip. That buff color is being used a lot lately, but it’s easy to see why. It’s soothing to the eye. I could see this palette in a reception area.

In exchange for Manuel's amazing sketches and concepts, we brought the Hint of Mint to life (pictured as the feature image).  With so many options to recreate the Alfred chair, we wanted to know if there were any rules for using multiple fabrics and colors? Manuel answered, “Dream as long as possible and then reign it in later. It’s all about telling a story, and tying the fabric back to a concept.”

To design your Alfred, check out our visualizer tool here.