Meet The Vegan Chain Leading the Way for Plant-based Restaurants

Vegan and vegetarian restaurants aren’t a fad. In fact, they’ve have grown exponentially in the last few years and aren’t going anywhere anytime soon. According to a report by the research firm GlobalData, there’s been a whopping “600% increase in people identifying as vegans in the U.S in the last three years.” Delivery service GrubHub notes in their 2017 report that orders for plant-based foods have reached “a new high.” And finally, Nestle, the world’s largest food and beverage company, recently reported that plant-based foods are “here to stay.”

Paving the way for this powerful trend is vegan restaurant chain Veggie Grill. We took a look at this leading chain to learn more about their food perspective and their new in-store experience.

Based in Santa Monica, Veggie Grill has been churning out nearly 30 locations since 2007--the most of any vegetarian or vegan chain in the US. Known for their wide array of veggie-forward bowls to loaded burritos to juicy Beyond burgers, Veggie Grill offers only plant-based food. Meaning, no meat, no dairy, no eggs, no cholesterol, no animal fat, and no trans fat.

Guests can choose standard sandwiches and salads or sample globally-inspired flavors like the Masala Bowl or far East Bowl. And don’t forget classic comfort foods like like Mac-n-Cheese and Brownies (yes, all vegan style).

While we’re suckers for a Quinoa Power Salad (and who isn't?!), the design is what caught our eyes. Specifically, we’re loving their new design featured in their Berkeley and Chicago locations. Designed by Gensler-Los Angeles, the new urban prototype store balances bold punchy colors with a sense of airiness. It feels clean and light yet vibrant.

Orders flow in one direction as guests’ dishes are passed down the line until the order is complete. Communal tables anchor the dining space while a separate counter accommodates take out orders.

When guests enter, they’ll notice that the color palette seems to take cues from their plant-based food, featuring sweet potato-like oranges and bright leafy greens. The colors are used throughout the furniture, walls, and signage. Neutral tones are used to temper the hues. Inside both locations, you’ll find a combination of our Hurdle barstools, Reece barstools, Hugh chairs, and Brady Pedestal tables. 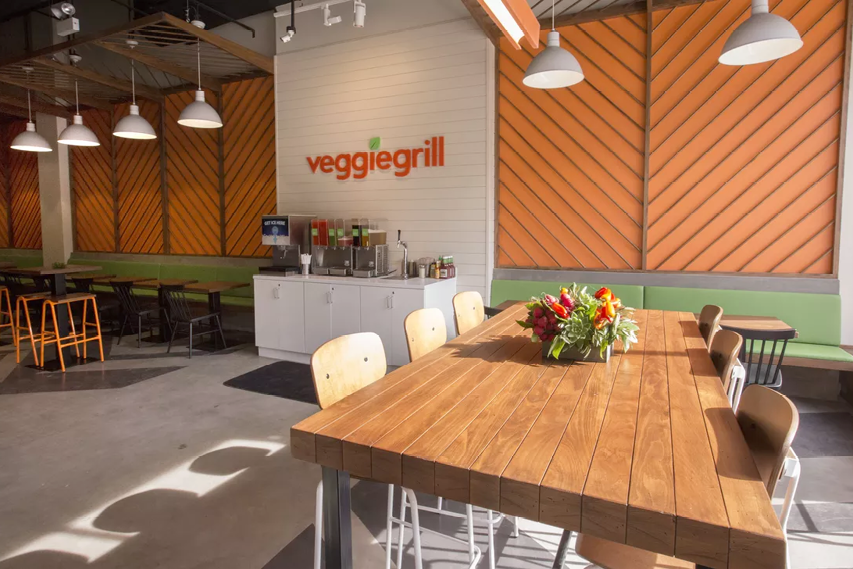 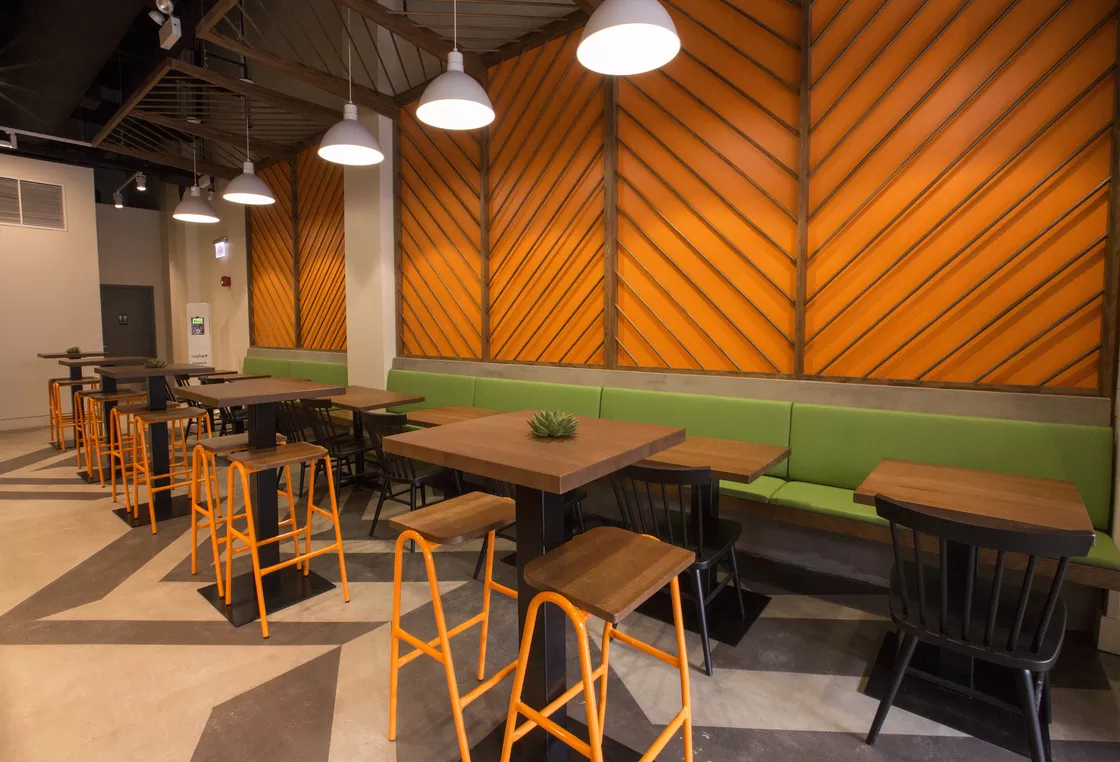 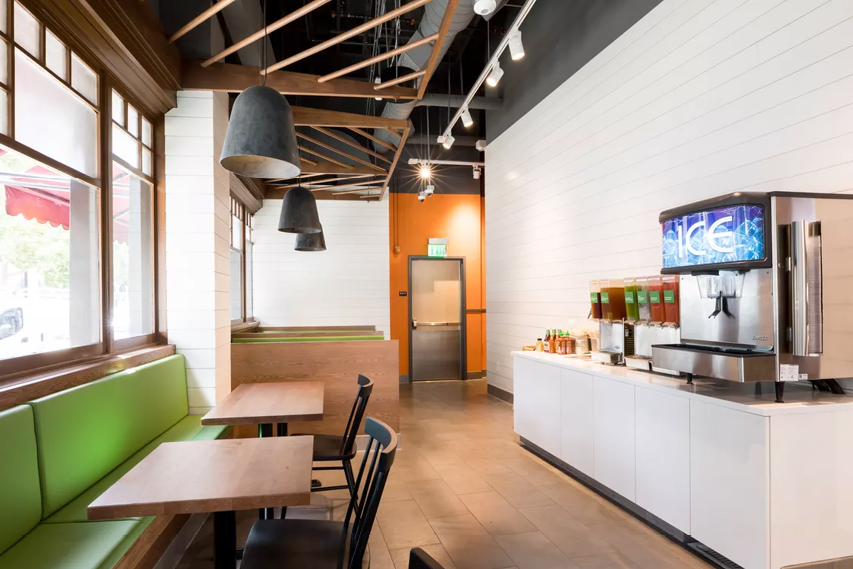 With a combination of delicious, guilt-free food, modern design, and an upward trend of plant-based fans, it’s no wonder Veggie Grill is planning on doubling their locations in the next three years. 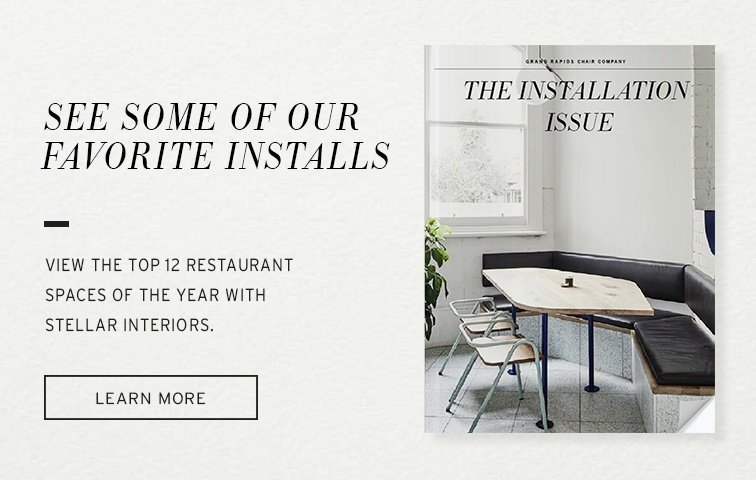