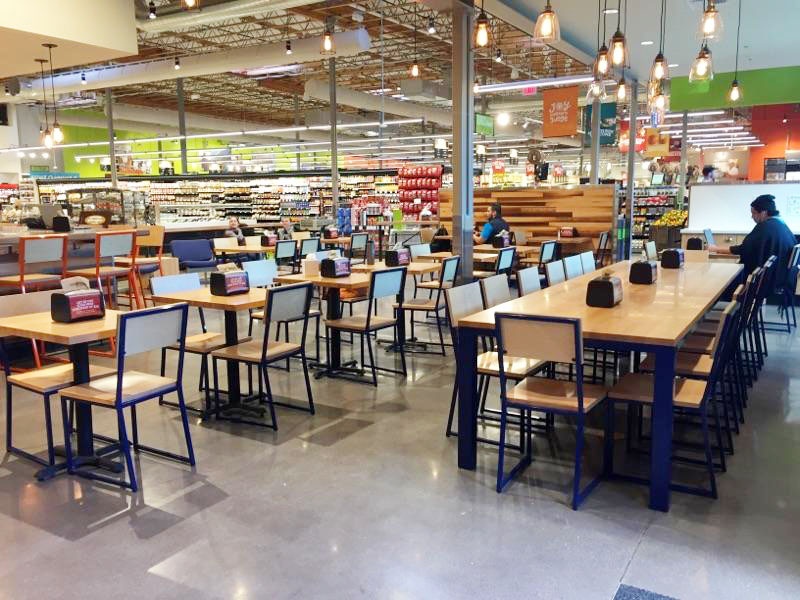 Grocery stores fight for survival as the restaurant industry captures more of American’s spending than food retails for the first time in recorded history. There has been a lot of talk about the impact of the Millennial generation on the restaurant industry in the past few years, in April a report released by the Commerce Department had the data to back that hysteria up.

For the first time in recorded history American’s spending on dining out surpassed their spending on groceries. Analysts are crediting that largely to a shift in demographics, the Baby Boomer generation is spending less on “food away from home” whereas the Millennial generation is demonstrating a willingness to spend more on social experiences, such as dining out.

The data shows that spending on food and drink establishments took in about $50.4 billion compared to only $50 billion at grocery stores in the same month. The most interesting part of the data is just how dramatic this change has taken place (note the drop from June 2014 to today).

While restaurants are attempting to capture this spend through rebranding efforts, new menu items, delivery services, customization and technology integration, grocery stores aren’t going down without a fight.

Super markets have evolved from the one-stop shop to buy groceries to a well curated experience, offering guests prepared food options that rival some of the biggest fast-casual, quick-serve competitors. 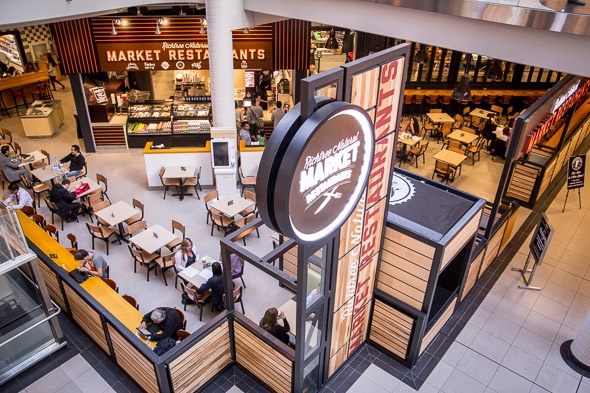 “Almost every grocery store I walk into now, some of the first things I encounter are their quick-meal solutions, their home-meal replacements,” says Justin Massa, cofounder and CEO of Chicago-based market research firm Food Genius. “Those products are aggressively priced compared with the restaurants around them and are designed to get you in the door in hopes that you’ll buy something else.”

Wegman’s, Mariano’s and Price Chopper have all led the charge aimed to adapt to the consumers’ “changing needs” by creating the next generation food court. Price Chopper, is currently undergoing a $300 Million rebrand, transforming into Market 32 which features the Market Bistro, a collection of 16 themed, fast-casual/cooked-fresh-to-order dining experiences, accompanied by in-store seating for 140 guests and seasonal outdoor seating all designed and branded by the Price Chopper team. 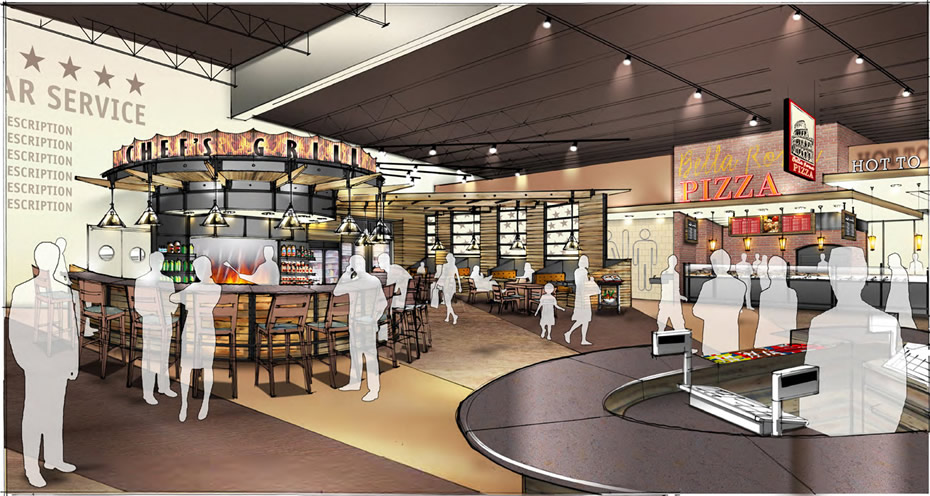 Kitchen classrooms, expanded eating areas (including couches and televisions), increased sampling demos and “celebrity chefs” are all current tactics that grocery chains are implementing to combat the loss in sales in attempt to draw consumers in.

You’ll find our products in other major grocery cafe spaces within these great retailers: